How To Play Craps For Beginners

How To Play Three Card Poker

How To Shoot Dice Guide

How To Gamble Responsibly

How To Play Poker

How To Play Baccarat

How To Play Blackjack

How To Play Roulette

How to Play Poker? The Basics

The popular table game we know as poker was developed from a domino-card game – over a thousand years ago! The game is relatively simple but does take a little time to get the hang of. Especially in terms of card values and a finding suitable strategy

Here at JeffBet, when it comes to game providers, we only use the cream of the crop. As such, we offer a safe and fair place to play your favourite poker games. You can choose from the plethora of exciting poker titles and variants we offer and will find heaps of bonus and promotional offers.

To understand how to play poker, it’s important to have a clear grasp of winning hands.

As such, we have listed below all hands you can win with when playing poker, starting with the highest value:

Notably, there are different ways to end the hand. The first is a ‘shootdown’. If you (or someone else) is still at the table following the previous round – everyone left will reveal and compare poker hands to see who is the true winner. This will be the deciding factor of who wins part of the prize pot at the end of the round.

Most players have heard of Texas Hold’em poker. It is by far the most popular variant of the game.

Let’s see how it works:

Don’t be afraid to fold if you are unsure, but note that there are occasions when there are other options.

For instance, if you have missed the draw and are ‘on the river’, you may be tempted to fold when another player bets. By trying a ‘raise’ instead, you could fool your opponent into thinking you hit a flush or a straight on the river – leading them to fold their hand.

Other Types of Poker

There are many variants of poker, but most rely on 3 fundamental classifications:

Aside from the previously mentioned Texas Hold’em, other popular variants of poker are ‘Omaha, ‘5-card draw’, ‘7-card stud’, ‘short deck poker’, but there are many others to choose from.

Poker sit n go is a mini-tournament game variant of Texas Hold’em. There are generally between 6 and 10 people taking part. Each player will pay an equal ‘buy-in’ amount and will receive an equal number of poker chips.

If you end up losing all your chips, you will be kicked out of the tournament. If you are lucky enough to be in the last 2-3 players remaining – you will likely share the prize pot. Each tournament can last anywhere from 20 minutes to an hour.

If you enjoy the comradery of a bit of healthy competition amongst fellow casino players – you will probably be suited for poker tournaments. As we touched on above, each player taking part in the tournament will pay an entry fee – this is then added to a prize pool of cash and can start from just £1.

The length of time a poker tournament goes on will depend on various factors such as the number of people playing and the variant. For instance, if there are hundreds of players taking part in one big session, you could be playing for in excess of 12 hours.

Poker cash titles are sometimes called ‘live-action games’. This will see you playing with chips worth real money, like in a land-based casino. You will swap money for chips to play with and there will be a minimum amount to enter the table and join other players.

It is especially important to follow bankroll management with this format of poker. For beginners, this could include a strategy of no more than 50 buy-ins per session.

There are heaps of poker strategies out there, and what works will depend on how versed you are with the game.

See some of the most popular poker strategies below for inspiration:

If you are learning how to play this popular card game for the first time, you may want to try out a ‘quick start’ poker game. Put simply, all you have to do is enter the game, stake and number of players you want to play against. Next, you will be added to the game you have chosen.

How to Play Poker Online?

Playing poker online has never been easier. Here at JeffBet, we believe that diversity makes life and gameplay more interesting. As such, we have the best game developers in the space powering our most popular poker titles.

Simply find a poker game you like the look of and join the game by making a deposit to bet. Armed with the knowledge of card values and strategies – you just need to hope you have the highest hand to win some money. If you are a beginner, you are better starting with smaller bets until you feel like you understand the game.

Remember, everyone has their bad days at the table, even people who have been playing poker for years. The trick is to learn the game, manage your expectations and take lessons from the ups and downs you experience.

Most importantly, have fun. But, if you stop having fun then you might be better taking a breather and coming back to it another day.

How do you play poker for beginners?

Whoever has the highest hand of all the players wins the game. The easiest variant of poker to learn and play for beginners is ‘Hold'em’. You will begin with 2 cards and can utilize the same community board as the other players.

How do you play poker game?

The basic setup of poker is that different cards represent varying values and you will be dealt multiple cards throughout the play - the player with the highest value hand wins the game.

How can I play poker at home?

You can play poker at home very easily by playing one of the many poker variants available at JeffBet. Always play within a budget and only trust regulated online casinos using reputable providers. This way, you know that all games are tested for fairness. Jeffbet is regulated by the Gambling Commission for your safety.

What is the object of poker?

The object of poker is to beat the other players at the table with the highest value hand of cards - thus winning some or all of the prize pool of cash.

Can you consistently win at poker?

You can consistently win at poker - this is known as a winning streak. Of course, it’s more likely to happen if you understand the game and go in with a strategy. 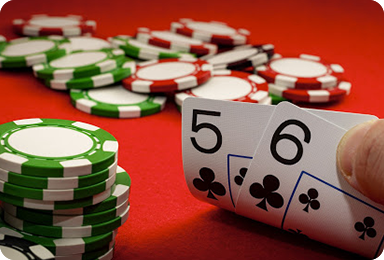